Sherry Harrell is traveling to the western United States as a novel this summer with the book “Appaloosa” by Robert B. Parker.

The western follows two men who tried to restore order in the New Mexico Territory in 1882. Parker’s writing allows Harrell to imagine dusty streets and hear a noisy saloon as the main characters try to save the region from an evil rancher.

“SUCH A FUN AGE” SELECTED FOR DUKE SOMMER READING

Such a Fun Age examines how racism, privilege and prejudice play out in a relationship between a young black college graduate who works as a babysitter and a wealthy white blogger who decides to set her on the path to success .

“Appaloosa is such a page-turner,” said Harrell, an administrative clerk for the Duke Microbiology Lab and the COVID-19 Kit Room. “I find that when I read it, I completely block out the rest of the world. I can’t wait to read the next book in the series. ”

We asked Duke staff and faculty to share books they are sending off to a new destination.

Mark Borsuk, Associate Professor of Civil and Environmental Engineering, is balancing two books this summer that suit his academic and personal interests.

Borsuk reads “When the killing is over“, A TC Boyle novel about a National Park Service biologist working to eradicate the wild rats that are destroying the ecosystem of a California island. Their actions trigger retribution from animal rights activists who disagree that attempting to restore a destroyed ecosystem justifies killing sentient animals.

While Borsuk likes the novel for its detailed descriptions of the people and wildlife of the California coast, he’s also interested in the depiction of ecological management.

My research focuses on environmental protection, ”said Borsuk. “The book shows the underlying tension between active human management and the basic resilience of natural systems.”

For lighter fare, Borsuk reads “How to watch basketball like a genius. ”Each chapter of Nick Greene’s book tells how experts in psychology, cartography, ballet, and other subjects perceive basketball.

“I’m a huge Duke and Boston Celtics basketball fan, so any kind of basketball content that I can consume while I can’t go to games is great,” said Borsuk. 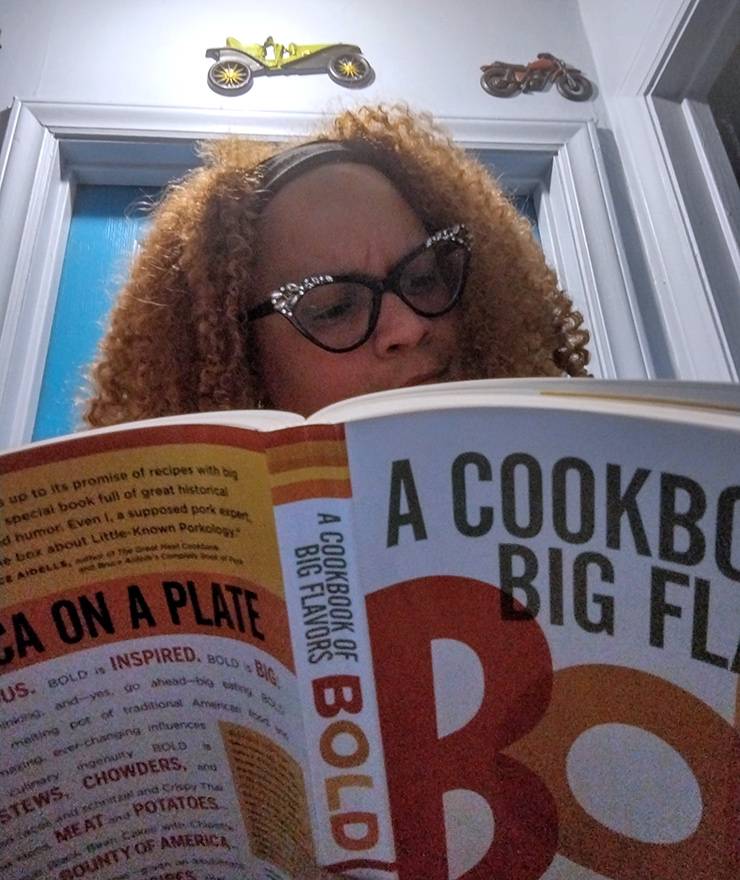 Alpha Esser has toured the beaches of Rio de Janeiro, the English countryside, and Svalbard, an island near the North Pole.

Esser achieved these goals with The Midnight Library, a Matt Haig novel about a woman who has endless opportunities to relive her life as a rock star, swimmer and glacier researcher.

“I love anything that takes me to a place I’ve never explored before,” said Esser, technical trainer at the Duke Clinical Research Institute. “My relaxation time is to travel to a new world through a good book.”

Reunion with a favorite actor 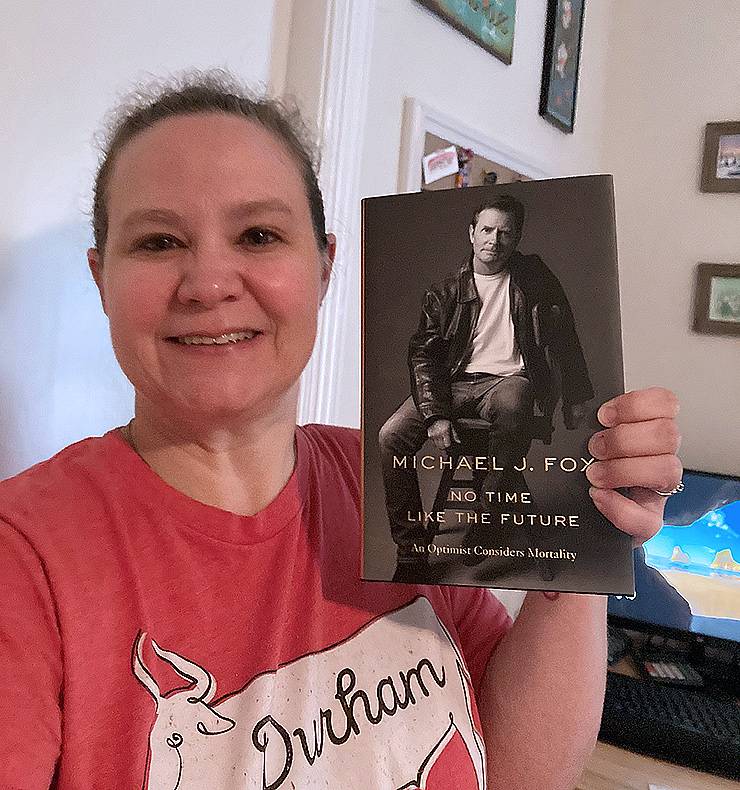 Christine Naylor grew up when actor Michael J. Fox plays a son who collides with his parents in the comedy “Family Ties” and the adventurous Marty McFly in the series “Back to the Future”.

Naylor revisits the 1980s by reading Fox’s memoir, “No Time Like the Future: An Optimist Takes Mortality into Account”. Fox tells stories about “Back to the Future” and “Family Ties” as well as living with Parkinson’s disease, a condition that causes tremors and difficulty walking.

“It’s so sad what he goes through with Parkinson’s, but he always manages to share a hopeful or funny anecdote,” said Naylor, an associate at Duke Biology. 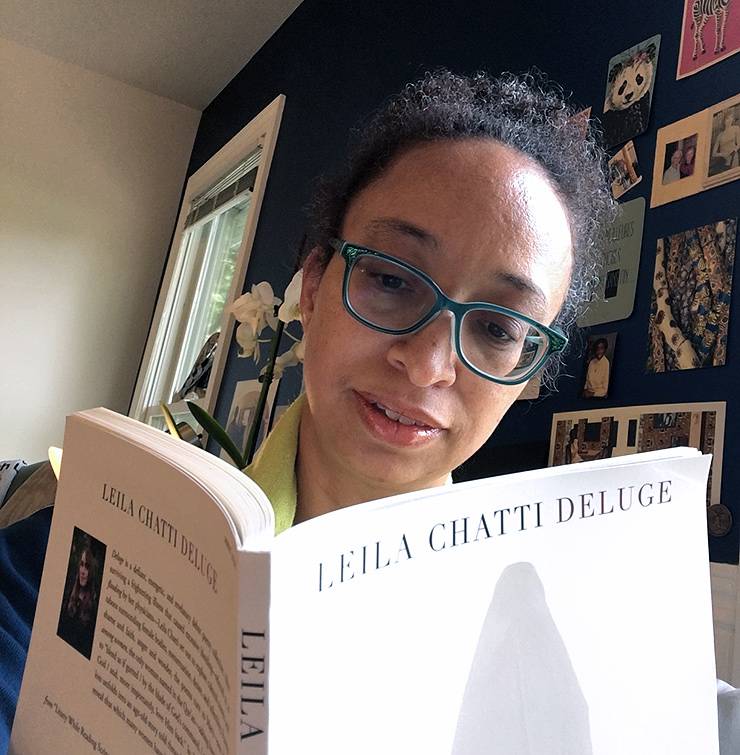 Tsitsi Ella Jaji, who explores the literary world through two African writers, enjoys reading for fun and for work.

Jaji, Associate Professor of English, reads “Cinéma” by the Guinean writer Tierno Monénembo. The book about two teenage friends who reimagine their lives as cowboys in an American western film.

“It’s a lot of fun,” she said. “The author uses a playful French style full of slang and allusions.”

Jaji also reads the volume of poetry “Deluge” by Leila Chatt, a Tunisian-American poet who writes about her experiences in dealing with a serious illness.

“I love poetry because every word is layered with meanings and references,” said Jaji. “Think of ‘deluge’. Its most obvious meaning is a heavy rainstorm, but for the author it also evokes the overwhelming overwhelming of the unstoppable rush of water, bleeding, tears and memories. The language is captivating because you can feel what it represents. “

Fishing all over the world 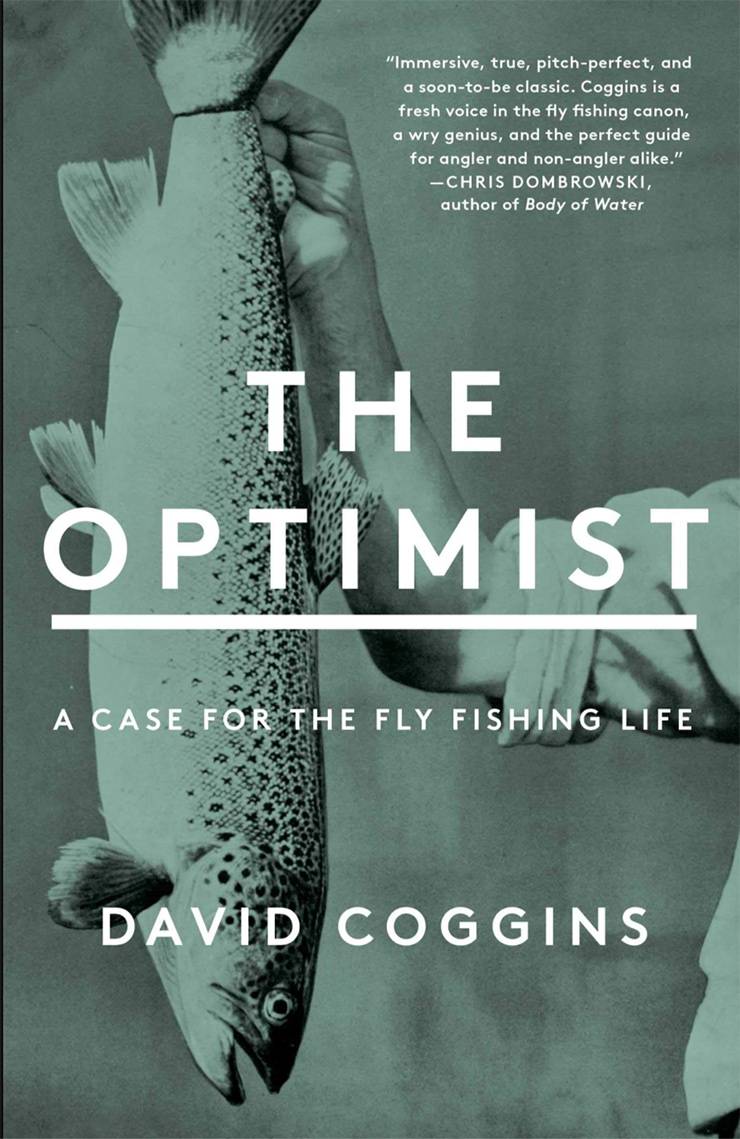 “The Optimist: A Case for the Fly Fishing Life” adds other fishing destinations to Bill Gregory’s travel list.

“The Optimist” is a non-fiction book by David Coggins, who writes about his fishing experiences in Canada, Argentina, New York City and Maine.

An avid fisherman, Gregory values ​​the details in which Coggins describes how he catches everything from salmon to striped bass to bonefish.

“The book makes me want to get on a plane and go somewhere,” said Gregory, the visual arts program coordinator for Art & Health at Duke. “If I can’t hike or fish in the wild, at least I can read about it.” 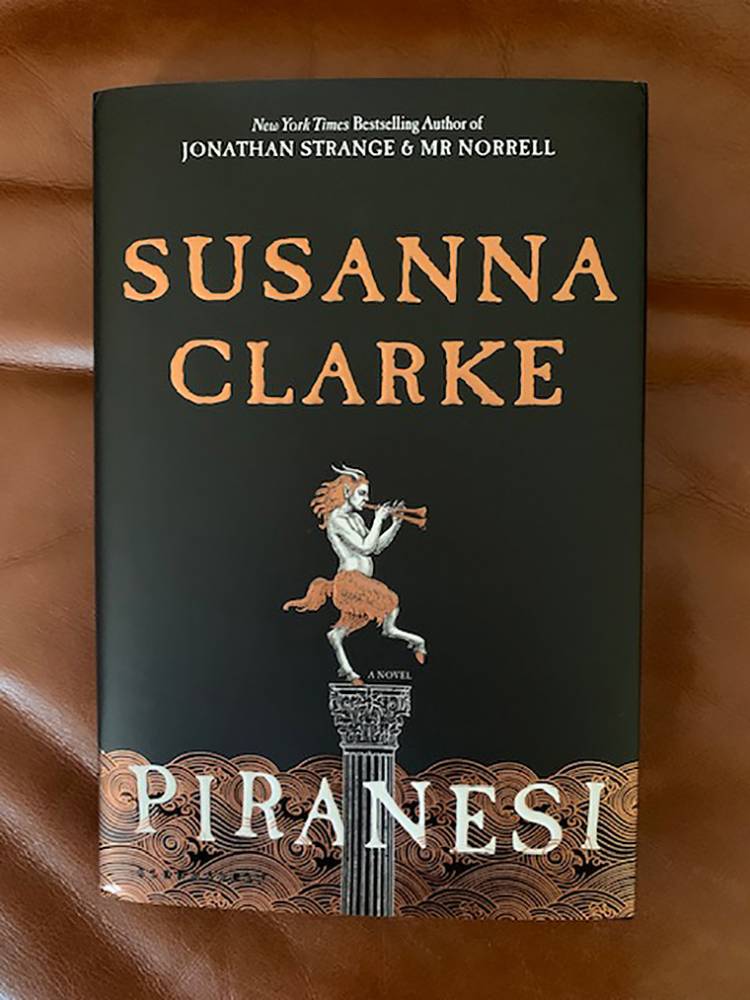 She couldn’t put it down either.

“Piranesi” is a fantasy novel by Susanna Clarke about a house with an infinite labyrinth of rooms. The narrator and much of the plot is a mystery until a major reveal takes place.

Krzywy read the book in one day.

“It’s engaging and confusing and weird and you’re trying to figure out what exactly this world you’re reading about is,” Krzywy said. “You dive in and only come for a breath.” 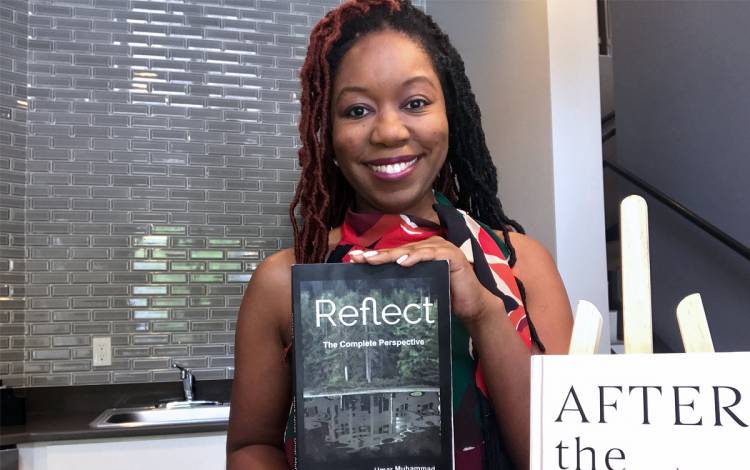 Starks reads “Reflect: The Complete Perspective” about Larry Harris, a man in the present who discovers a connection to the Civil War in his garden. Umar Muhammad and Mark Janas, both professors at Saint Augustine University in Raleigh, wrote the novel.

“The writers mixed history with a modern tension,” said Starks. “I always like mystery because it distracts me from the present. I concentrate on the story in front of me. “

Sue Mathias and her husband Matt are avid travelers to Japan, China and the west coast of Australia. 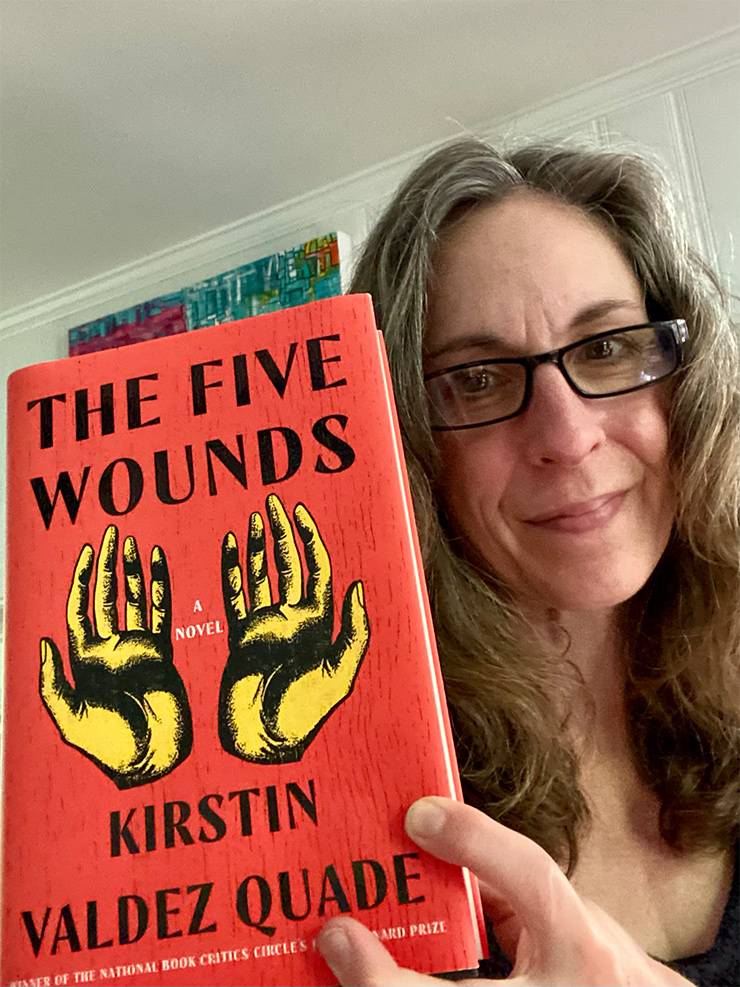 Mathias, communications consultant at the Pratt School of Engineering, also enjoys exploring new cultures while reading. Mathias often selects books that have been translated into English or written by authors who grew up in other cultures. Some of her favorite novels are “The Wind-Up Bird Chronicle” by Haruki Murakami, “The Hole” by Hiroko Oyamada and “Transcendent Kingdom” by Yaa Gyasi.

Mathias reads “The Five Wounds” by Kirstin Valdez Quade. The novel is about three generations of a Mexican-American family in New Mexico who struggle with an unexpected pregnancy.

“I always like to read about places and people that I am not familiar with,” says Mathias. “There is so much to learn about people and culture, even in fiction.”

Looking for a book? Be sure to use Duke University Libraries. You can borrow a printed book or download an e-book or audiobook from OverDrive. See also the “Book club with little maintenance. “

Let us know what you read in the following Facebook story: